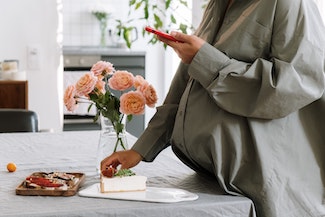 The Pregnant Workers Fairness Act (PWFA) was passed by the 117th Congress on December 22, 2022, with bipartisan support as an amendment added to the $1.7 trillion government funding bill. The legislation requires most employers to grant temporary and reasonable accommodations for pregnant workers, such as light duty or other arrangements. These accommodations could include assigning light duty that doesn’t involve heavy lifting or allowing more frequent bathroom breaks. The Pregnancy Discrimination Act, which previously only prohibited employers from making adverse employment decisions because of pregnancy, does not guarantee such accommodations. The PWFA also prohibits employers from discriminating against a job candidate or employee because of their need for a pregnancy-related accommodation. The law will take effect in June.

The Pregnant Workers Fairness Act of 2014 passed by the New Jersey state legislature requires employers to make reasonable accommodations to pregnant employees, just as the federal Pregnant Workers Fairness Act of 2022 does. These accommodations could include providing light duty or other arrangements, such as more frequent bathroom breaks. Additionally, the New Jersey law requires employers to provide notice to employees of their rights under the law. The federal law does not have this requirement. The New Jersey law also provides a private cause of action for employees who are denied their rights under the law, while the federal law does not.

The Protect Women from Pregnancy Discrimination bill passed in January 2016 explicitly guarantees pregnant workers the right to reasonable accommodations for any pregnancy-related conditions. This includes providing temporary and reasonable accommodations, such as light duty or other arrangements, assigning light duty that doesn’t involve heavy lifting, allowing more frequent bathroom breaks, or providing additional unpaid leave. The law also prohibits employers from discriminating against a job candidate or employee because of their need for a pregnancy-related accommodation. All employers in New York State are required to comply with this law, with the exception of employers with fewer than four employees.

Victims of pregnancy discrimination in the workplace have several causes of action that they can take depending on the circumstances of their case. Victims can file a complaint with the Equal Employment Opportunity Commission (EEOC) or the relevant state agency, which can investigate the case and take enforcement actions. Victims may also file a lawsuit for damages in a court of law, which may include back pay, compensatory damages, punitive damages, and attorney fees. Victims can also seek injunctive relief, which is an order from the court requiring an employer to take certain actions to remedy the violation. Finally, victims may also seek a declaratory judgment, which is a statement from the court declaring a certain set of facts to be true.