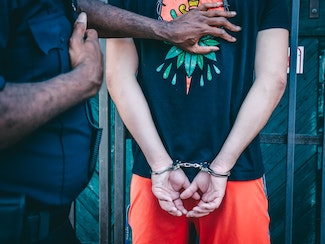 PTI in New Jersey is a diversionary program that offers certain criminal offenders an alternative to incarceration. It is designed to rehabilitate first time offenders and provide them with an alternative to traditional prosecution. Eligibility for the program is determined by a variety of factors, including the nature of the crime, the facts of the case, the offender's age and motivation, the desire of the victim, and the offender's criminal record. If accepted into the program, the offender may be subject to certain conditions, such as a period of probation and/or completion of certain rehabilitation services. Upon successful completion of the program, the charges against the offender may be dismissed and/or the offender may be re-sentenced to a lesser sentence.

Disqualifying offenses which would normally disqualify an individual from being accepted include violent crimes such as murder, manslaughter, aggravated assault, robbery, and sexual assault, as well as other serious offenses like burglary, drug trafficking, weapons possession, and certain white collar crimes. Additionally, individuals who have previously received or applied for a conditional discharge are also disqualified from PTI.

A Conditional Dismissal is a type of diversionary program available in New Jersey for first-time offenders who have been charged with a non-drug-related disorderly persons offense. The program allows the offender to avoid prosecution and maintain an untarnished criminal record. Eligibility for the program requires that the defendant have not been previously convicted of any petty disorderly persons offense, disorderly persons offense or crime, nor have they previously participated in any conditional discharge, supervisory treatment, or conditional dismissal under the law. The defendant must also pay an application fee of $75, as well as any restitution, costs, and other mandatory assessments that would have been imposed for a conviction of the offense charged. Additionally, the judge may impose an assessment, based on the nature of the offense and the character of the defendant.