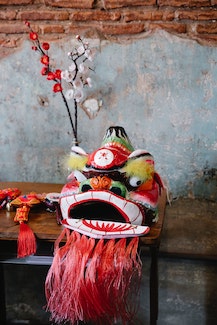 Chinese New Year is the festival that celebrates the beginning of a new year on the traditional Chinese lunisolar calendar. It was traditionally a time to honor gods and ancestors and comes at the end of the winter season. The Lunar New Year, as its name suggests, is based on the cycles of the Moon and falls on a different day each year – usually between late January and mid-February.

People born in the Year of the Rabbit can expect a year of hope and prosperity. According to Chinese astrology, Rabbits are predicted to be gentle, quiet, elegant, and alert as well as quick, skillful, kind, patient, and socially conscious. Women born in the Rabbit year love being social and are thoughtful and polite. It is even considered auspicious to start a family in 2023. In terms of health and wealth, there are two auspicious stars, Tian De and Yue De, that will watch over Rabbits in 2023. However, there will be a few less than auspicious stars at play at the same time. People born in the Rabbit year have a mind for business, and they have insight in valuable chances. They also have good reasoning skills and enjoy being contemplative.

People born in the Year of the Rabbit usually have soft and tender personality traits. They are friendly, good listeners, kind and sweet by nature. They are often noted for their physical beauty and have a good eye for art, design and fashion. Rabbits are generally calm, gentle and loving, yet can be ambitious and intuitively know how to get ahead in the world. They are regarded as the peacemakers in any group and remain cool and collected in any situation. Character traits associated with the Rabbit include creativity, compassion, sensitivity, vigilance, wit, quick-mindedness, and ingenuity. They are also regarded as flexible and accommodating.