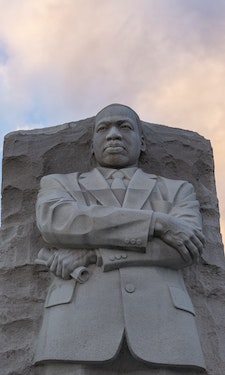 In New Jersey, as in other states, Martin Luther King Jr. Day was established as a holiday in the 1980s. It was signed into law by President Ronald Reagan on November 2, 1983, and the holiday was first observed on January 20, 1986.

Prior to the holiday's official establishment, there were efforts in various states, including New Jersey, to honor Martin Luther King Jr. and recognize the contributions he made to the civil rights movement. In the early 1970s, for example, a group of students in New Jersey organized a statewide campaign to have the holiday recognized in the state, and in 1983, New Jersey Governor Thomas Kean signed a bill establishing Martin Luther King Jr. Day as a state holiday.